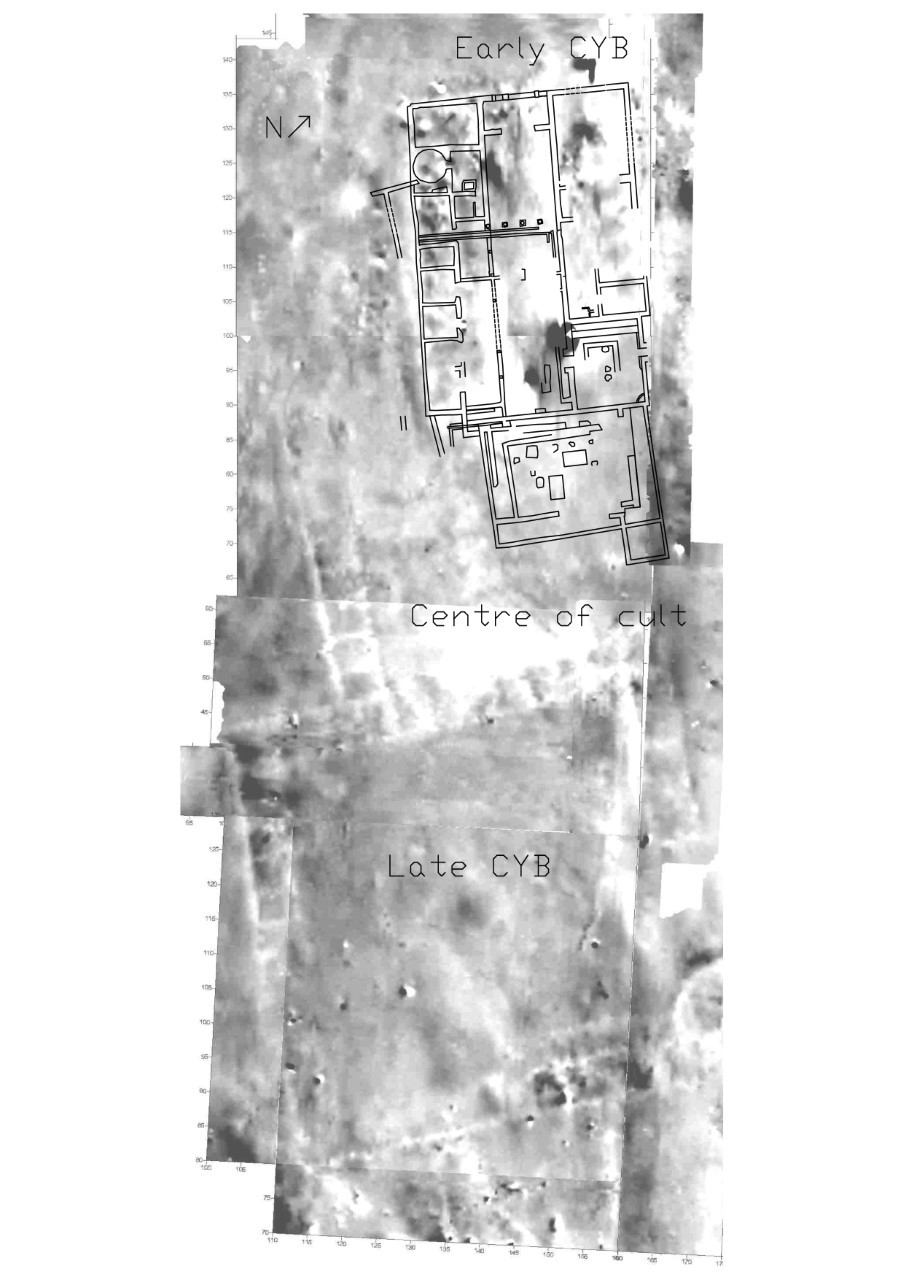 Agia Paraskevi of Arachamitai is located halfway between Tripolis and Megalopolis, in the very centre of Arcadia. Close to this chapel a Finnish team under the directorship of Björn Forsén has since 2006 been studying the remains of a previously unknown ancient sanctuary. The first three years were reserved for magnetometer prospection and opening of trial trenches, whereafter systematic excavations have been conducted between 2010 and 2019. Roof tile stamps and votive inscriptions prove that this sanctuary is the one of Artemis Lykoatis mentioned by Pausanias (8.36.5-8) as being located on the lower slopes of Mount Mainalos. A preliminary study of the finds reveals seemingly uninterrupted cult continuity from the tenth/ninth century BC until the mid-third century AD.

Cult was for centuries centred around an altar, the closest surrounding of which was supported by a couple of terrace walls. This was clearly a local sanctuary, although with rich offerings, thus indicating that we are dealing with an important local sanctuary. The character of the sanctuary changed profoundly during the Hellenistic period, when the sanctuary apparently had been taken over by Megalopolis. Beginning from ca. 300 BC several monumental buildings were constructed. The sanctuary was entered from the west through a propylon, being part of a large courtyard building, measuring ca. 45×30 m. The courtyard opened in the east towards the altar area, which in its turn was flanked by two stoas. The rooms of the two wings of the courtyard building were used for preparation of food, communal dining and drinking, bathing and possibly also for staying overnight.

During the Hellenistic period the sanctuary of Artemis Lykoatis developed from a local into a regional cult place, partly due to the Mainalian games that were organised somewhere in its close neighbourhood. The flourishing of the sanctuary came to an end around 30 BC when all its buildings were destroyed, seemingly at one and the same time. The sanctuary never regained its former importance. A large Roman courtyard structure of unclear function was laid out on top of the original sanctuary, but the construction of this new monumental building may never have been finished.

Archaeological Reports (in English and in Greek):