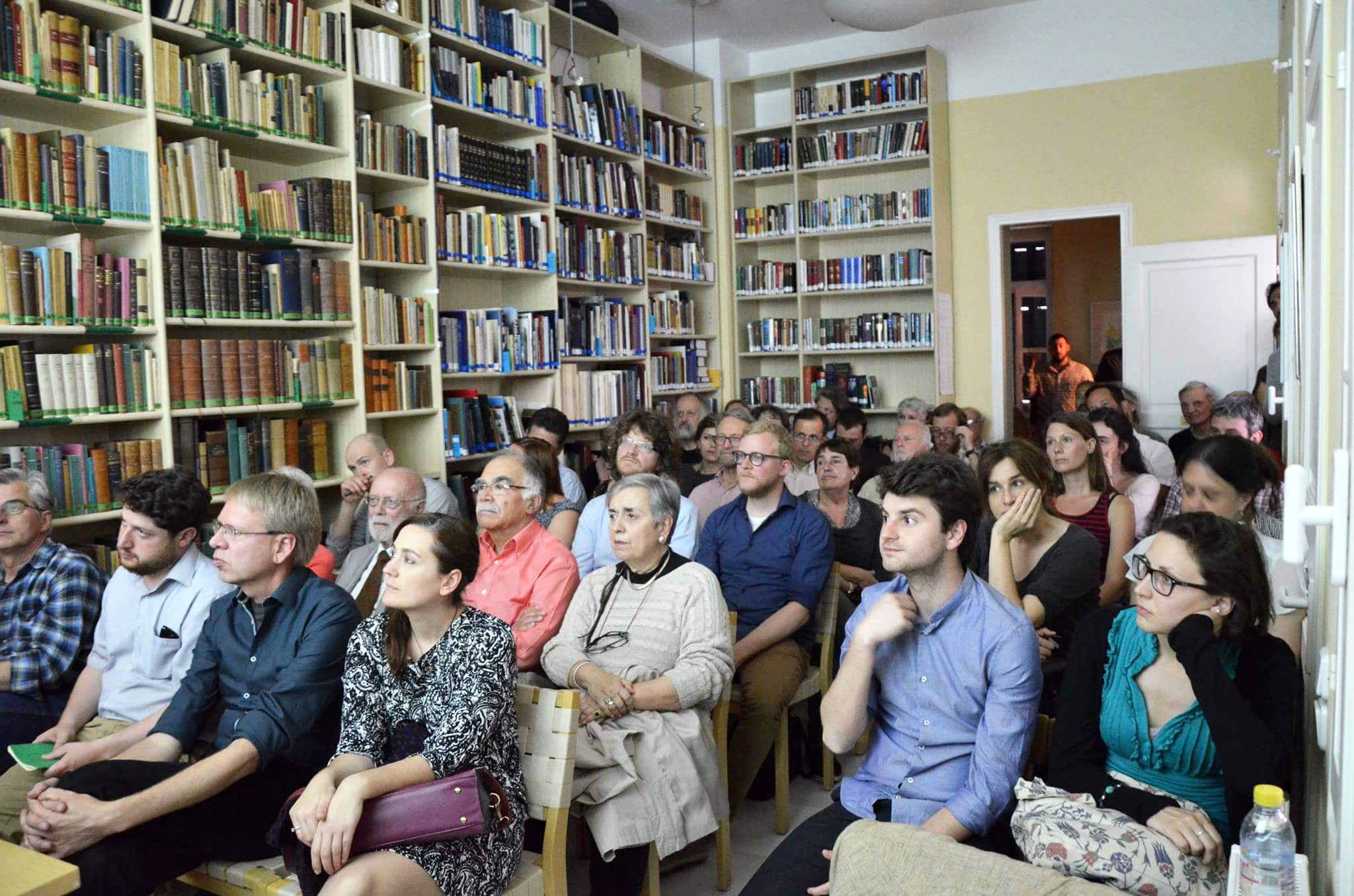 Our fieldwork course started last week and on Sunday we went on the Mount Hymettus to look for the altar of Zeus Ombrios. Yesterday among other places we visited Pnyx and did some exercises with the total station.

Finnish Institute at Athens3 days ago
Musical greetings from Finland!

In June 2020 cellist Jussi Makkonen and pianist Nazig Azezian filmed a music video in the rugged wilderness of North Karelia, Finland. With this video they wish to send musical greetings from Finland. The video is free to be shared in different media to promote Finland's nature and culture: https://www.youtube.com/watch?v=btc_8WWJZq8

Cellist Jussi Makkonen and pianist Nazig Azezian's newest music video transports the listeners to the Ruunaa rapids in Lieksa. In 1892 Finland's national composer, Jean Sibelius, spent his honeymoon in Lieksa with his wife, Aino. Another Finnish composer, Heino Kaski, who was born in the small town of Eastern Finland, had the misfortune to die in the same day than Jean Sibelius. Kaski is best known for his beautiful piano miniatures, and for his songs. To celebrate the 135th anniversary of his birth, cellist Jussi Makkonen and pianist Nazig Azezian filmed a music video of Kaski’s piano prelude, Pankakoski Op. 48 No. 1, in the same scenery from where he drew inspiration for the piece.

There are 6 rapids along the 16-kilomers-long Ruunaa rapid area. Pankakoski rapid, also known as Kaatrakoski, is even mentioned in the national epic of Finland, Kalevala. Ruunaa area is a popular place for visitors seeking for unique nature experiences such as rapids shooting, hiking and fishing. In the video, the wild nature with its impressive rapids and magical banks are combined with captivating Finnish melodies. The music video is filmed by Pekka Varonen, and the arrangement for cello and piano is made by Matti Makkonen. The music video was made possible by the City of Lieksa, Lieksan Kehitys Oy LieKe and the Regional Council of North Karelia.

Cellist Jussi Makkonen and pianist Nazig Azezian started to film music videos in 2014 to introduce Finland to their listeners all over the world. By the means of nature, story and music Finland is brought closer to audiences near and far. The videos have been supported for example by the Ministry of Culture in Finland.

Cellist Jussi Makkonen (Master of Music) and pianist Nazig Azezian (Master of Music) established their co-operation in 2013. Makkonen and Azezian’s concerts, records, books and music videos have reached hundreds of thousands of listeners in Finland and other countries. They have also introduced classical music to young audiences, and by the end of 2017 their concerts had already reached over half a million schoolchildren. In the autumn of 2017, Makkonen and Azezian received a platinum record for their Melody Forest CD, recorded in Ainola, as the first Finnish chamber music record to sell platinum. Their concert tours have taken the artists to the United States, Mexico, Turkey, and many European countries.

Makkonen and Azezian are continuing their applauded concert tours in the United States in 2021 performing also music composed for them by prominent Finnish composers. In 2021 they will collaborate with Seattle Metropolitan Chamber Orchestra and Portland Chamber Orchestra performing as soloists in The Blue Bird by Jonne Valtonen, a commissioned work for Makkonen and Azezian. In September 2019 they received Finlandia Foundation National’s Award of Excellence in recognition of their excellent musicianship, especially in the interpretation of the works of Jean Sibelius, and their work in introducing classical music to young people by performing at schools across Finland, in Europe and the U.S.

Early this year, we celebrated the publication of PMFIA XXIV, the fourth and final volume resulting from the institute's director's Björn Forsén's Thesprotia Expedition. Volume IV, subtitled 'Region Transformed by Empire', provides a very comprehensive look into the Roman Imperial period at Thesprotia, where the institute's work continues in new forms.

Just today, we received the freshly printed copies of PMFIA XXV, Apologists and Athens, edited by the institute's former director Gunnar af Hällström. As the volume's subtitle "Early Christianity Meets Ancient Greek Thinking" makes clear, the collection of articles delves into the role of Athens as the middle ground for intellectual exchanges between Christian and non-Christian authors and thinkers. 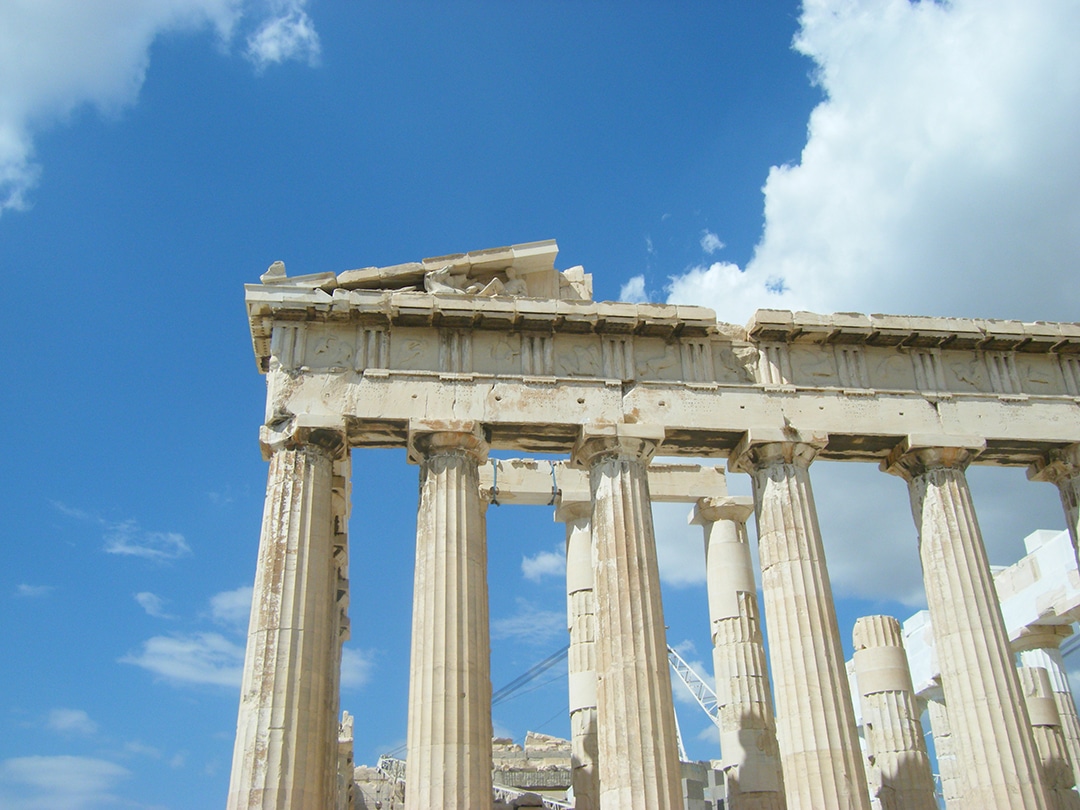