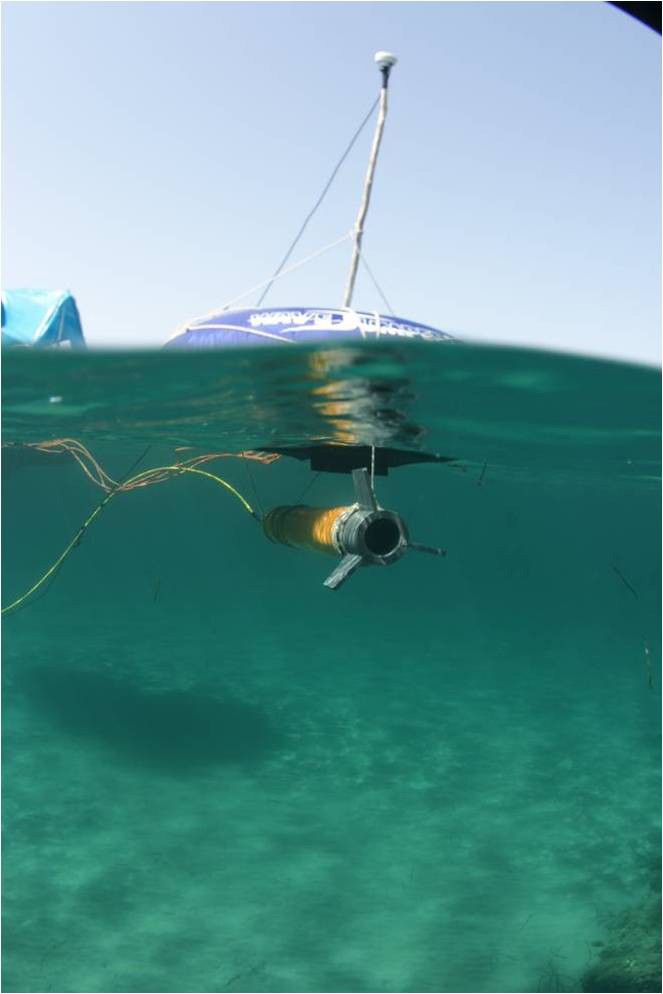 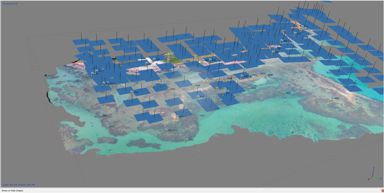 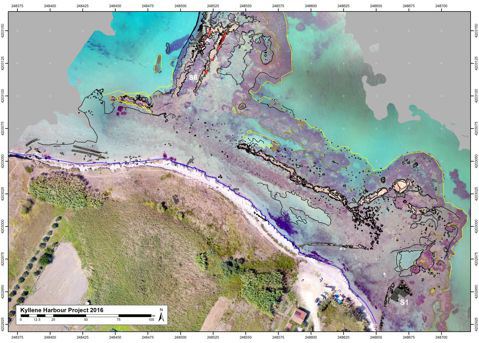 The integration of the results is currently on-going. In 2007–2017, the Kyllene Harbour Project studied in detail all the outer harbour structures which are currently under water. The inner harbour is on dry land and outside the research area of the project. The three-dimensional model of the harbour structures in the background of the image is created from aerial photos. The deepest points of the model at the north end of the breakwater S6 are c. 6 m below the surface of the sea. The resulting model matches very well with the stone-by-stone total station survey of the study area. The readability of the plan is greatly enhanced by superimposing the total station line-drawing on top of it. The medieval harbour entrance from the north-east between S1 and S2 is clear and it is very likely that the mouth was blocked by destroying the towers on the both sides of the entrance. This also matches the literary descriptions of the destruction of the installations in 1431.

The research project verified that there are ancient harbour structures below the medieval Frankish ones. W1 is a typical Frankish fortification wall built in mixed technique employing reused ashlar blocks and rubble set in mortar. Structure S1a is what remains of a Greek tower built of ashlar blocks and protected from the waves by the Frankish structure S1b partially built on top of it. S1a is a clear indication of the rise in relative sea levels from antiquity to present day: the top surface is currently 0.6m below the sea level. The data collected in the maritime geomorphological study has revealed the spatial distribution of the submerged harbour remains and the seafloor morphology related to the different port installations. Finally, the study has demonstrated that the use of remote sensing techniques in conjunction with detailed archaeological and topographical survey in shallow-water coastal sites could be an effective methodological approach for the study of submerged ancient ports and coastal installations in the eastern Mediterranean. 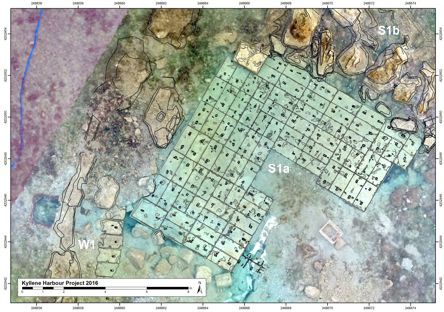 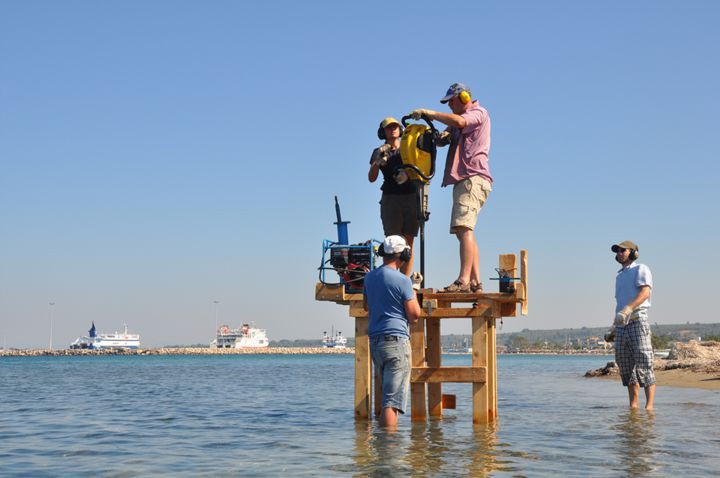 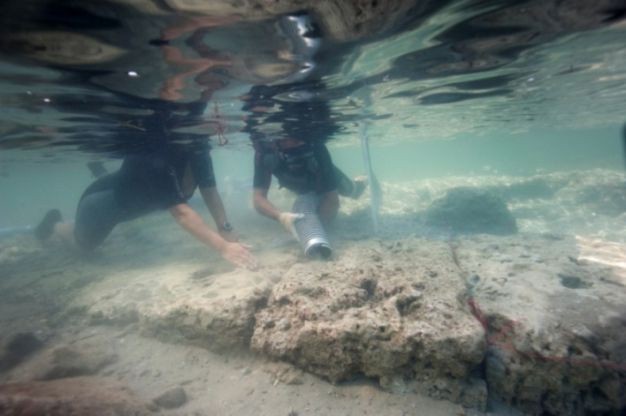